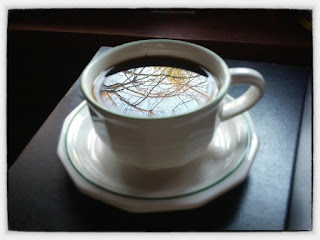 No.  I dreamed of becoming a great dancer--the kind of dancer for which the word great is pronounced with an elaborate European vocal flourish.  I was passionate about the art of ballet in a way that made me feel I was being called to do it.   And the cool thing is that I did become a dancer, not a great one but a pretty good one, and I got to spend a huge portion of my younger life answering that call.  I felt certain that if everybody had a chance to experience the art as I uniquely understood it, they too would experience the personal fulfillment that I believed I had achieved.  I had a missionary zeal to spread the performing arts to the whole world.

We artists are like that.  We think that everybody should love what we love, because we love it and therefore they will obviously love it too.

But one day life brought me a sudden and rude awakening--the first of many--and the missionary zeal in my heart died.  Abruptly.  Looking back, I realized that this was the beginning of my spiritual maturity--the first real-life application of the awareness that the world doesn't revolve around me and my desires.

By then I was a wife, but I was not a good one.  I longed for the me I had before, when I had a clearly defined identity that did not depend on my relationship to someone else.  If I was not Rowena the Ballerina anymore, who was I?  What was my function in life?  Why does it even matter what I do if what I do doesn't matter?

It was then that I entered what would become for me a years-long walk in the spiritual desert.   I was completely lost, skeptical, and unmoored from all that I had previously understood as my self.  I've learned that during this time many people commented to each other that they did not recognize me as the person they had known either.

In the desert I often prayed the prayer that many other wanderers pray:  “Lord, give me a sign.”  Sometimes I got them, but they were strange and unexpected (an ashtray?  really, Lord?), but as best I could I ignored my skepticism and just tried to follow the signs (this is where the Monty Python fans hold up their holy gourds).

While in the spiritual desert I received an unexpected and very welcome gift--I became a mother, and for the first time in years I experienced a refreshing of my heart.  The new and unfamiliar territory of unconditional love allowed me to understand my self and my place in the world in a more nuanced way, yet I still felt that I was not who I was supposed to be or doing what I was supposed to do. (It did not help that I was stuck in a job that I felt wholly unequipped to handle, in a place where I felt completely out of my element.)

Through it all I continued to hope.  “Give me a sign, Lord!  Show me what to do!”  And from time to time I’d recognized another sign (cream cheese???  really, Lord???).  I tried hard to just follow the signs and not judge them, even though judging is one of the many services I provide.  :)

And as I am wont to do, I had stumbled over it several times and moved on without giving it a thought.  I had missed it (ignore it?) because it was not the sign I was hoping for, but for some reason my eyes were opened and there it was:

And He gave me another sign to go with it:  He softened my heart toward the husband who had stuck with me through the desert all those years, even though it would have been easier and less painful for him to just leave me behind.  (For reference and because I don't want this to be too solemn, the ashtray was the first husband-related sign.  It's a funny story.  Remind me to tell you about it sometime.)

So here I am, in the midst of the people whom the Lord has chosen for me--the people whom I love--and I’m trying to answer the call.  I am not fully-formed and fully-competent in my role yet.  I’m just a wife, a mother, and a homemaker living my vocation to the best of my ability, as my understanding of the vocation unfolds.  This blog is my way of sharing my journey, in the hopes that I can help another wife, mother, or homemaker get out of her wilderness too.

PS--Lord, if You should be so inclined, it would be a nice change of pace if the signs You send were not always so messy.  But I’m not picky anymore, so just keep sending ‘em my way, please.