Why I don't teach phonics, Part 1


Many years ago, while walking down a city street, I encountered what appeared to be a monument laid directly into the sidewalk.   It was not very elaborate, but rather had a modern yet timeless design--it was heavy and solid and designed to last the ages--and by its placement it was obvious that it was meant to attract the attention of anyone who passed by.

The sole word on the monument made it clear that this was a memorial to someone who could sew and immediately my mind flooded with questions:   Why is there no name?  Was this a tailor or a seamstress?  Why was this person laid to rest here, right in the middle of the street?

And then I put it all together--a flat, round object, made of heavy, solid metal, laid into a hole in the sidewalk.

It was a manhole cover. 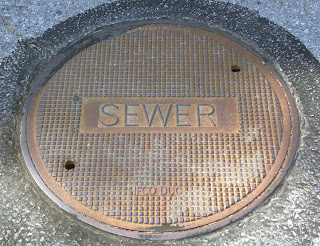 Email ThisBlogThis!Share to TwitterShare to FacebookShare to Pinterest
Labels: Homeschooling